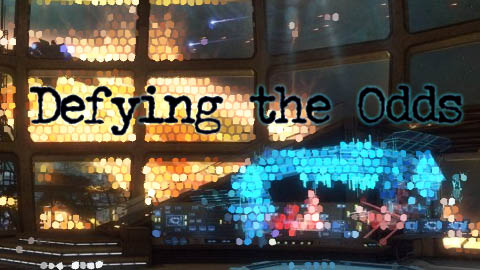 I have scrapped this article and started again quite a number of times as my view of the maps have changed and evolved with more play time and exposure. My overall view of the Defiant Map Pack has really not changed during this time but solidified.

Unless you’ve been living under a rock these past few months or have been playing some other major game franchise, having a life and developing relationships or any number of good excuses, you’ll be aware of a transition happening in the background within the Halo franchise. This is not something the average player should concern himself with, after all a good game is a good game but dedicated fans that follow the everyday activity of the franchise tend to take note, pay attention and scrutinise everything.

The Defiant Map Pack gives us our first glimpse into the post Bungie Halo universe. Developed in close partnership with Certain Affinity (a Studio that has worked on a previous Halo map pack in the past) and 343i, the franchise stewards, there will be much attention paid to this release. Folks will be wondering if 343i can meet the almost unreasonably high expectations that Halo fans have had over the years. Are they up the challenge?

343i and Certain Affinity have answered any questions that fans may have had about the future of the franchise and with this map pack they have defied expectations from the fan base and critics. The map aren’t just good, they are bloody great and can sit right up there with some of Halo’s best. Not only are they pretty sweet maps but 343i have sent a signal out to the fans and it’s a message that only the diehard fans can only appreciate. We care, not just about the games, but the expanded universe, the fiction and the franchise itself.

The three maps each give us a glimpse into the three distinct phases of the loss of Reach. The calm before the storm, the attack itself and the devastating aftermath. Additionally, each of the maps manages to tie itself into various hooks from the extended franchise giving fans a subtle but confident and reassuring nod that the franchise is more than just video games.

Condemned takes place on board a space station orbiting Reach but this is no ordinary space station. Shaped like a giant ring that has had a significant portion of the ring destroyed in a major battle in the recent past, Gamma Station itself has played a significant role in the fall of Reach. As mentioned in the fiction, during evacuation procedures one of the ships docked at the station had failed to delete its navigation data as per United Nations Space Command Emergency Priority Order 098831A-1, or the Cole Protocol as it’s known.

The station becomes a battlefront as three Spartans were dispatched to erase the navigation data of the docked ship. One of these SPARTAN’s was the Master Chief. The mission was a success, but it came at the price of the loss of one of the SPARTAN’s and the severe medical incapacity of another. The evacuation also saved the life of several stranded marines, including one Staff Sergeant Avery Johnson.

Drenched in a rich fictional background, Condemned features Gamma Station much later in the conflict. The facility is badly damaged and Reach is on fire – literally. Condemned provides players with one of the spectacular skybox vistas to ever grace a Halo game. Countless moments and players deaths will be attributed to looking out at the skybox filled with Reach glowing white hot as the land masses suffer glassing. It’s beautifully hypnotising.

The station layout is pretty straight forward once you get a grip on it. It is initially confusing and the first few times you look around you might find yourself getting lost but the central hub, notable for the lack of gravity, easily centralises the entire map and provides an anchor around which you can easily orientate yourself. You’ll notice there are four distinct areas around the hub and that each of these areas are colour coded are easy navigation and mid-battle call outs.

There are many nice aesthetic touches around the level from the Sabre in the docking bay to the destroyed docking ports, holographic interior navigational displays and power generators. There are patches of alien blood on the walls which echo a tragic history and power lines crackling about to short circuit any minute.

Highlands is the second traditional multiplayer map in the pack and like its brother Condemned features a similar fictional backdrop.

The Highland Mountains are home to several important UNSC top secret facilities including CASTLE Base, Camp Independence and Camp Hathcock, Facility A-331 and the Military Wilderness Training Preserve. The secluded area was perfect for marine training, SPARTAN training, the location of an Orbital Shield Generator and several ONI projects. Fans have read about these training camps, the battles fought here in the past and valuable lessons their heroes of the Halo universe have learnt. Now it’s your turn.

The map itself is a SPARTAN-II training facility, and you can easily imagine your Capture the Flag or Assault Game being watched and your performance measured and accessed. Highlands takes place during the actual battle for Reach. There are several Covenant Cruisers overhead and across the mountainous vista, one of which fires down a deathly stream of molten plasma. The atmosphere all around is beginning to heat up and fires are starting to break out. Reach will eventually be a burning hell hole and this is how it starts.

Unlike many BTB maps, Highlands features a lot of cover. There are many routes to get from point A to point B and many buildings to explore for weapons or other goodies along the way. The middle area and the area around the buildings are more than big and wide enough to accommodate various vehicles for team. The map strikes the right balance of vehicle and infantry leverage without giving one side any kind of overwhelming advantage. It’s rare to find this perfect kind of balance but the level carries itself confidently in this regard and whether on foot or otherwise, you never feel to exposed or unsafe.

Do yourself a favour, and play Highlands CTF or Assault with classic settings with a full party of friends. The experience is unbeatable. Reach multiplayer at its absolute best.

Unearthed is the first and only DLC Firefight map. Perched on a cliff face overlooking a massive quarry, this mining production facility provides the perfect backdrop for yourself and friends to bring the fight to the Covenant. This is the start of the fall of Reach, before the massive armies clashing, before the glassing, death and mayhem which will follow in the wake of the Invasion. You stand firm to face the threat head on.

You’ll notice at once the strange geography of the area. The quarry is mining titanium, a precious metal needed in practically all areas of the UNSC military, from Spartan Armour to the hulls of the largest Battlecruisers and frigates, the unnaturally rich deposits are the result of a devastating meteor impact in Reach’s distant past. Despite the distinctly human industrial theme of the map, this place as alien and foreign as it gets. You’ll notice a nod the fans in the name of the mining company, BXR. They were featured briefly in the campaign and now play a central visual role as you’re holding your own against the Covenant waves.

Unearthed benefits from the fact that the map was designed, ground up, as a Firefight space and not a campaign area reworked for the purpose. This dedicated intent behind the map results in the most intense, and fun Firefight map there is. The multiple routes, passages lend themselves well to jet-packing, sprinting and heavy vehicle use whilst the Covenant AI takes advantage of these spaces just as well. Sometimes you’ll be surrounded on every side in ways you never have been before. You’ll swear that the Covenant is smarter than ever and more deadly than it has ever been and you’d be right. The map is designed to give the player and Covenant every advantage possible. It all just works and clicks together.

There are some minors issues. Highlands and Condemned do not lends themselves to Forge very well. Thankfully the maps themselves are strong enough to stand on their own but some will lament the lack of user customisations. Unearthed’s brown and red muck industrial theme has also worn a bit thin although the unique alien vibe does salvage it. I would have preferred the default Warthog on this map as the Rockethog is sometimes a bit too hectic and messy to get the job done.

The Defiant Map Pack had a lot to live up to and simply put, it delivers. Two of the best multiplayer maps across Reach’s offerings and the most definitive Reach Firefight map all go a long way to assure fans that Halo is good hands now and in the future. Halo will always be Halo.