Forward Ops: From Exodus to Accession

On February 18, the first season of Halo 4’s Spartan Ops officially came to a close, and with it ended players time on Requiem. Although it was an amazing world to explore, the Halo universe is a rich place with countless opportunities for more unique experiences. With Catherine Halsey now in the hands of Jul ‘Mdama, the Janus key split between UNSC and Covenant forces, and the Infinity no longer anchored at the Forerunner installation, it seems that 343 may be set on pushing the universe forward, exploring new playspaces and storylines. While one season has ended, this doesn’t mean our adventures are over. As we wait for the as-yet unannounced Spartan Ops Season 2, I’m here to take you on a new adventure in the interim. Unlike the series created by 343 Industries, this won’t just be a new Halo story for you to enjoy, but also a peak into the development process behind creating a season of Spartan Ops (as experienced by this humble game student).

Spartan Ops was 343 Industries’ answer to Firefight, a feature in the Bungie-made installments of several Halo games where the player is thrown into a map (typically with limited lives and ammunition) and must survive increasingly difficult waves of enemies. With Spartan Ops, however, 343 Industries set out to do something different, while still filling the void left behind by Firefight’s removal. What they did was to take Halo in the direction of episodic gaming, a format that I think is a far more appropriate and potentially successful formula for game development than the current model of spending years producing long games that most people will only play a small portion of (depending on the sort of experience intended for the player). These episodic games are ideally suited to people with limited time on their hands, who may just want to sit down for an hour or two and have a complete experience in that time.

Spartan Ops also takes the next step by integrating the multiplayer space into the story-driven fictional universe. Each week of a season is released as an “episode” which comes with one of these cinematics that the player watches before jumping into the gameplay, which is comprised of 5 “chapters”. Each chapter is, if not a different level, then a different gameplay scenario. So far in Spartan Ops, locations have tended to cycle through. Halo had never done this before, so understandably, the process was going to be trial and error.

Over the next few months I will be publishing my process of creating an entirely new Spartan Ops experience. I will make changes to improve the concept in a hypothetical spinoff series, complete with its own story and a single play space that must function for a whole season, which I am going to set at five episodes. Garrett Post, an amazing artist from the Halo community, will help me visualize this project with concept art and storyboards. 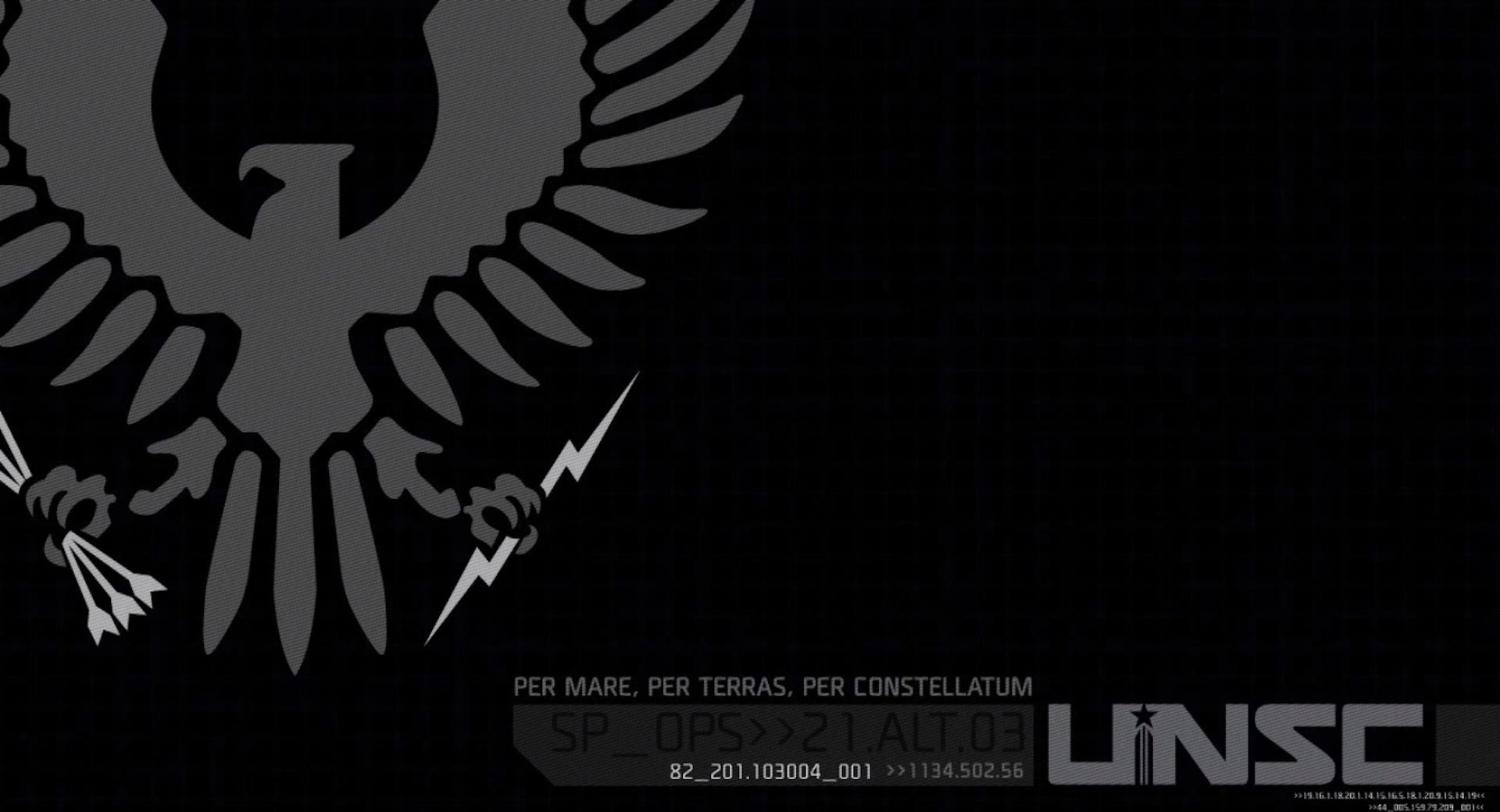 Spartan Ops Season 1 was, in my opinion, a huge success. While it likely met, and also failed to meet, the expectations of many Halo fans, what it accomplished for the franchise was incredible. Three months after the release of the game, players were still returning to their Xbox every week to catch up on the latest content and follow a universe that was no longer static. Much like a television show, it was developing closer to real time, allowing those interested to follow along. Because each episode did not take as many hours to complete as the campaign and because it was designed to be tackled with friends, Spartan Ops found itself sitting comfortably between the single-player and multiplayer arenas, allowing those who enjoy each to meet in the middle to engage in a shared experience. Spartan Ops may just be basic Halo gameplay at its social singularity.

Spartan Ops’ cinematics reached a level of detail that Halo fans have been craving since they first saw the potential this format had in the pre-rendered cutscenes of Ensemble’s Halo Wars. Through this, many of the limitations on story were alleviated, and Spartan Ops found itself also sitting comfortably alongside many of the expanded universe stories which so many of us have grown to love.

Along the way, Spartan Ops had occasional missteps. The cinematics, while great, felt far too separate from the gameplay experience. What players can treat as a fun exercise during missions, characters might react to in fear during cinematics, presumably facing overwhelming odds, even after the player had just taken down far worse. The same applies in the reverse. If Prometheans are said to “pop up wherever they want to” in cinematics, eliminating all Promethean enemies on a map should not be referred to as “clearing the area” in gameplay. As a continuation of this thought, some down time to breath in between engagements isn’t a bad idea. While it’s important to appeal to those who want the action of multiplayer and to empower the player, it’s also important to make them feel as if they’re inhabiting a living and continuous world to appeal to both sides of the Halo coin. Finding the balance is the key. All the disparate parts should, in the end, blend seamlessly.

While music in the cinematics is used better than most places in the campaign proper, during gameplay it suffered from a lack of more complex and dynamic triggers, reducing itself to the Elder Scrolls series’ basic format of “in-danger-music” and “not-in-danger-music”, when set piece moments are not occurring; what Martin O’Donnel referred to in a recently released GDC panel from 2003 as “programmatic”. 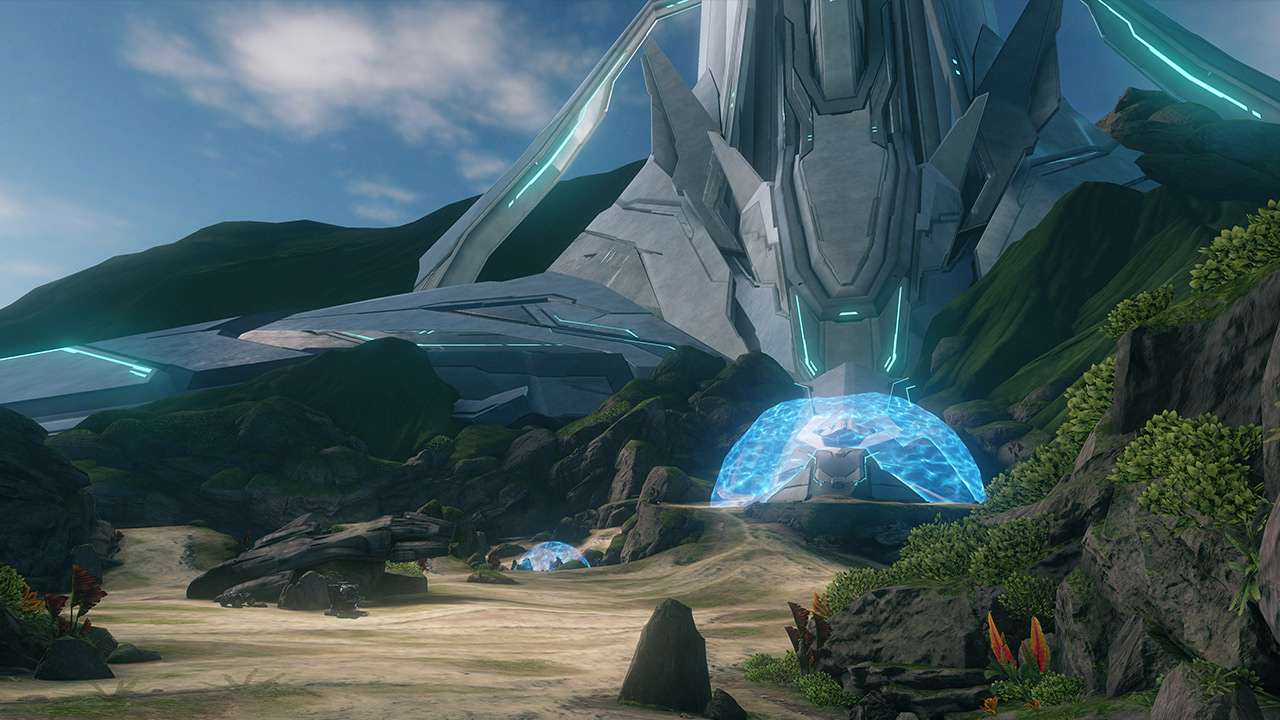 The design of maps that were unique to Spartan Ops was wonderful, but the reusing of spaces previously visited in the campaign was a bad decision. Unfortunately, for the first half of the season the best maps were not utilized properly, creating redundant gameplay for players. However, 343 Industries seemed to acknowledge this with the second half of the season, which did a phenomenal job of compartmentalizing the maps so that each episode could reveal new spaces to the player, maintaining a sense of discovery throughout.

Enemy spawn points created a constant sense of confusion about where the lines between forces were drawn on the battlefield. More than anything, players want to feel as if they’ve achieved something. Handing them spawn points in the midst of enemy forces frequently occurred with the regularity of player death, destroying the illusion of having to advance through enemy positions to gain ground. A similar sort of disconnect is experienced when players are forced to stand in front of an all-to-obvious button and wait for one of their handlers onboard the Infinity to highlight it for them before it can be pushed. These sort of unrealistic scenarios, while necessary for keeping the game’s memory cleared enough to run smoothly, could likely be hidden in more effective ways so that they do not pull players out of the game, ruining one of the key components of gaming: immersion.

For the most part, Spartan Ops’ story was headed in a wonderful direction, with a conclusion that far outstripped what many fans initially thought its scope might be. But along the way, it suffered from unbearable characters that were too infrequently acknowledged as such, leaving fans with a sense of confusion as to what 343 Industries’ intent was with their role in the story. Many of these characters have not yet really gone anywhere… not developed into the full potential that was presumably laid out before them. 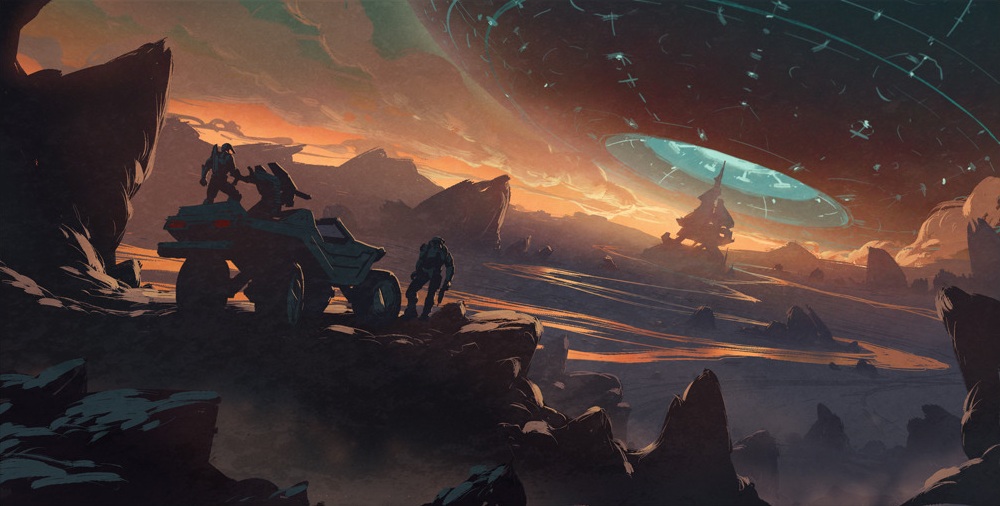