Lasky enters his quarters from the outside hallway. A chess game can be seen set up on a table in the corner using bullets and shell casings, but most of them have fallen over. He pauses for a moment before his bed, taking in the peace, before moving to the bathroom. He splashes water on his face and looks at CHYLER and CADMIN’s dogtags hanging next to the mirror. He reaches out to touch the HUNTER FRAGMENT, lost in memory.

ROLAND (O.S)
Captain, we have our new orders.

Lasky withdraws his hand from the dogtags, straightens himself.

LASKY
Send it to my personal terminal, Roland.

Lasky walks out of the bathroom and stops at a terminal next to his bed. Roland’s hologram appears above it.

ROLAND
Congratulations, you’ve just won an all-expense-paid vacation to the tropical beaches of Venezia! Well… more like the sun-parched, rocky wasteland of Venezia, but you get the point.

LASKY
So we go from fighting Forerunners back to humans all in the scope of a month. The UNSC certainly isn’t eager to break its track record.

ROLAND
Sending the relevant information to your datapad now.

Lasky walks to the other side of his bed, picks up his datapad, looks through the information already displayed on-screen. He sits down, and his face shows a clear expression of shock.

Looking back on what has been done with both Spartan Ops and Firefight in the past, I tried to come up with a concept for an interesting scenario that wouldn’t require extensive creation of new assets in need of modeling, rigging, animating, programming, etc. Additionally, I needed some fictional context for the UNSC Infinity to be required to explore more of the known Halo universe (something that will always be my goal in any Halo content I make). It didn’t take long to latch on to two ideas that complemented each other perfectly.

In Firefight, from time to time (and depending on your game mode), you might come across a wave of Covenant enemies labeled as “Heretics”. This is based on the fictional premise that Covenant don’t use human weapons, finding them to be a disgrace to the technology that the gods provided. Unclean and unworthy of a warrior. 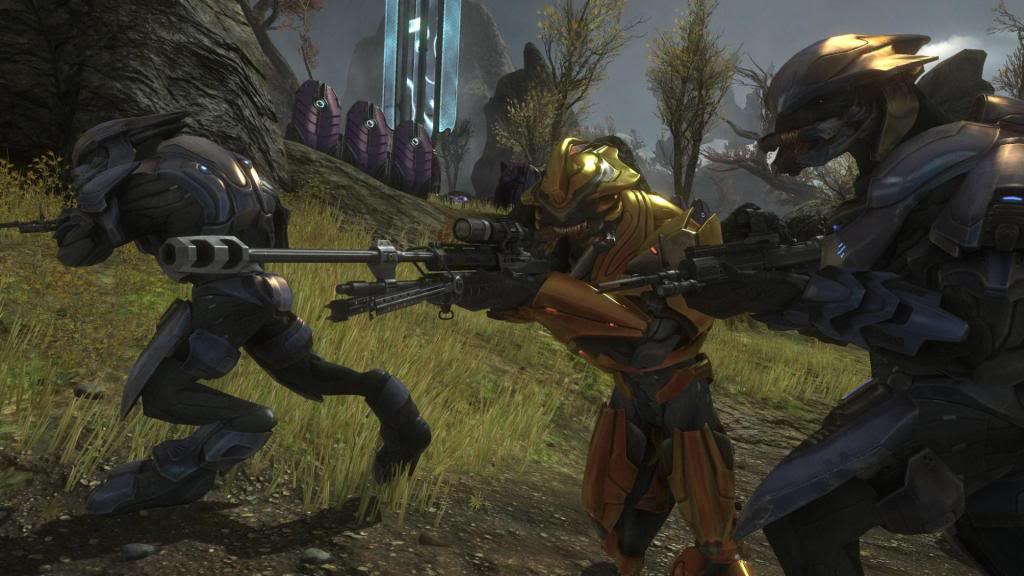 These heretics use only human weapons. In Spartan Ops, 343 Industries began equipping Elites with Promethean weapons, primarily the Scattershot. I thought this was not only an excellent way to spice up gameplay encounters, but it also helped to enhance the fiction, reinforcing the idea that the Covenant and Prometheans were working together, sharing combat responsibilities and resources. Which of course led in to my next idea.
The Jackals (or, more accurately, the collective Kig-Yar species) are notorious pirates and traders. Over the course of the Covenant’s history, they have been known for engaging in operations that serve their own purposes, rather than working for the greater good. So they immediately came to mind. But as an extension of that, they were known to frequently engage in black market operations with human settlements, outside the watchful eyes of both the UEG (United Earth Government) and the Covenant hedgemony. This lead to a faction of rebel human forces, Insurrectionists, frequently obtaining Covenant weaponry, and vice-versa. 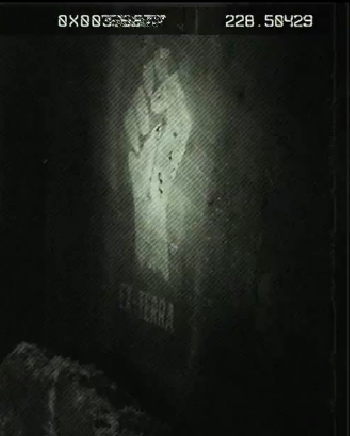 Many years before the war against the Covenant came to a close, the human planet of Venezia (a known hiding place for terrorists and criminals) played host to a major event in the Insurrectionist movement. Rebels attacked and destroyed the local Colonial Administration Authority (CAA) bureau, and the entire world cut off communication from the UNSC (and by extension, the UEG), declaring itself a sovereign colony. What’s more, after the war ended, it’s known that Insurrectionist leaders had gone so far as to begin planning for an outright attack on Earth.
Insurrectionist movements against the Inner Colonies were nothing new to the UNSC. They had quelled many an uprising on planet after planet, utilizing the infamous Spartan Program to do so quietly and efficiently. But Venezia is important for another reason… it is also a known trading hub between human and ex-Covenant forces, following the Human-Covenant War. This means that, if united behind a proper leader, the alien and human forces of Venezia could theoretically collaborate enough to effectively launch an attack against Earth.

The perfect setup for my spinoff series.

With that in mind, I began sketching out a rough idea for a map that could function for all five episodes of this mini-season. I began concepting different environments that might be interesting to fight in, given the Venezia setting. City-scapes, like those seen in Halo 2, were my starting point.

If this had to function for a full season, I didn’t want players to be stuck in an urban setting. So my thought process led me to set this map on the outskirts of a major city (New Tyne, mislabeled as New Llanelli in my sketch), with a large central structure (I envisioned it adorned with the Insurrectionist logo), which then led to the idea of a farming encampment where both humans and Covenant have erected buildings to work on communal farms. This allows the players to explore some of the area leading in to the larger nearby city, the human and Covenant districts of the farming encampment, the farmlands themselves, surrounding natural (yet slightly terraformed) landscapes, including grass fields and natural caves. As I was sketching it out, the idea for a highway surrounding the area (and offering as a border to keep players aware of their limitations) turned into a dam, which has been harnessed to water the fields. Additionally, in brainstorming how to make the highway to the Northwest an interesting place to fight on from foot, I added the rooftops of buildings butting right up against the edge of the road, from which snipers could fire upon the player, but which could also provide an engaging terrain to move about on. I envisioned jetpack-favoring players utilizing them to hop from rooftop-to-rooftop, from the highway back to the buildings again. The natural water that is allowed to flow through from the dam forms a barrier on the East side of the map, with thick wilderness framing the rest (I thought this would make a good soft-kill barrier). The roads to the Northwest leading in to the city could be blocked by barricades similar to those seen in New Mombasa, or perhaps destroyed buildings (depending on where the story ends up taking me). As I began thinking about how to make each space more interesting to play and fight within, I realized that the farmlands would make an excellent vehicle-focused area. I sketched out a rough loop that the player could navigate, taking them through a few different areas.

One night, I jumped into Forge in order to whip up a very rough prototype of my vehicle area. General features were all in place, but otherwise the mockup looked very little like what it will ultimately become. I learned that the scale would have to be boosted significantly in order to get the most out of the playspace, but in general that it was an interesting space to fight in, and I could see myself playing out various scenarios there, given the addition of further terrain details.

I sent some initial ideas to TDSpiral, along with my rough map and in-progress screenshots of the actual geometry. From there he bounced back a couple of conceptual speed paintings exploring the look and feel of the area. From here we are going to narrow it down more and more until we find a tone that matches the history of Venezia and the feel of the map. 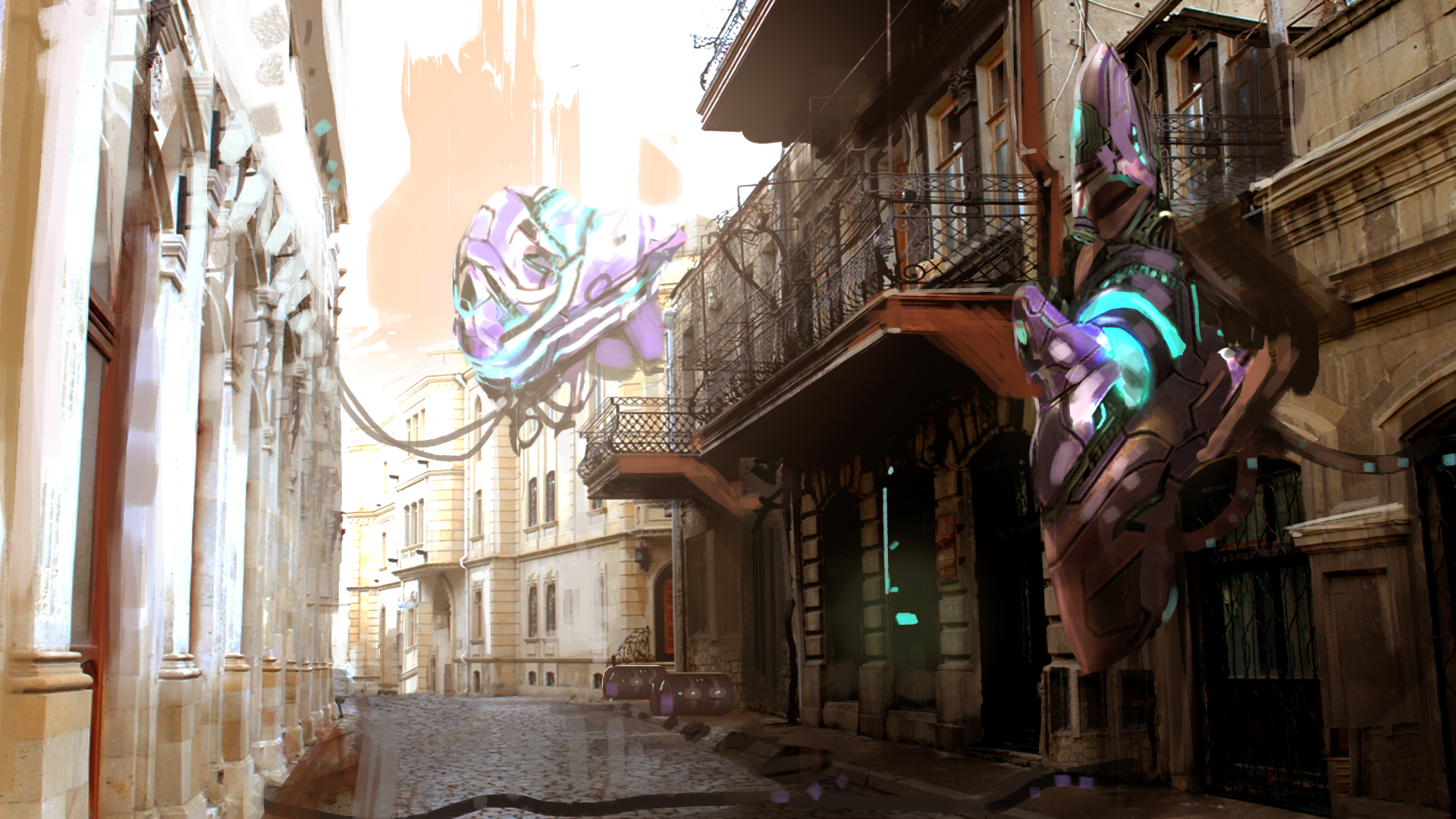 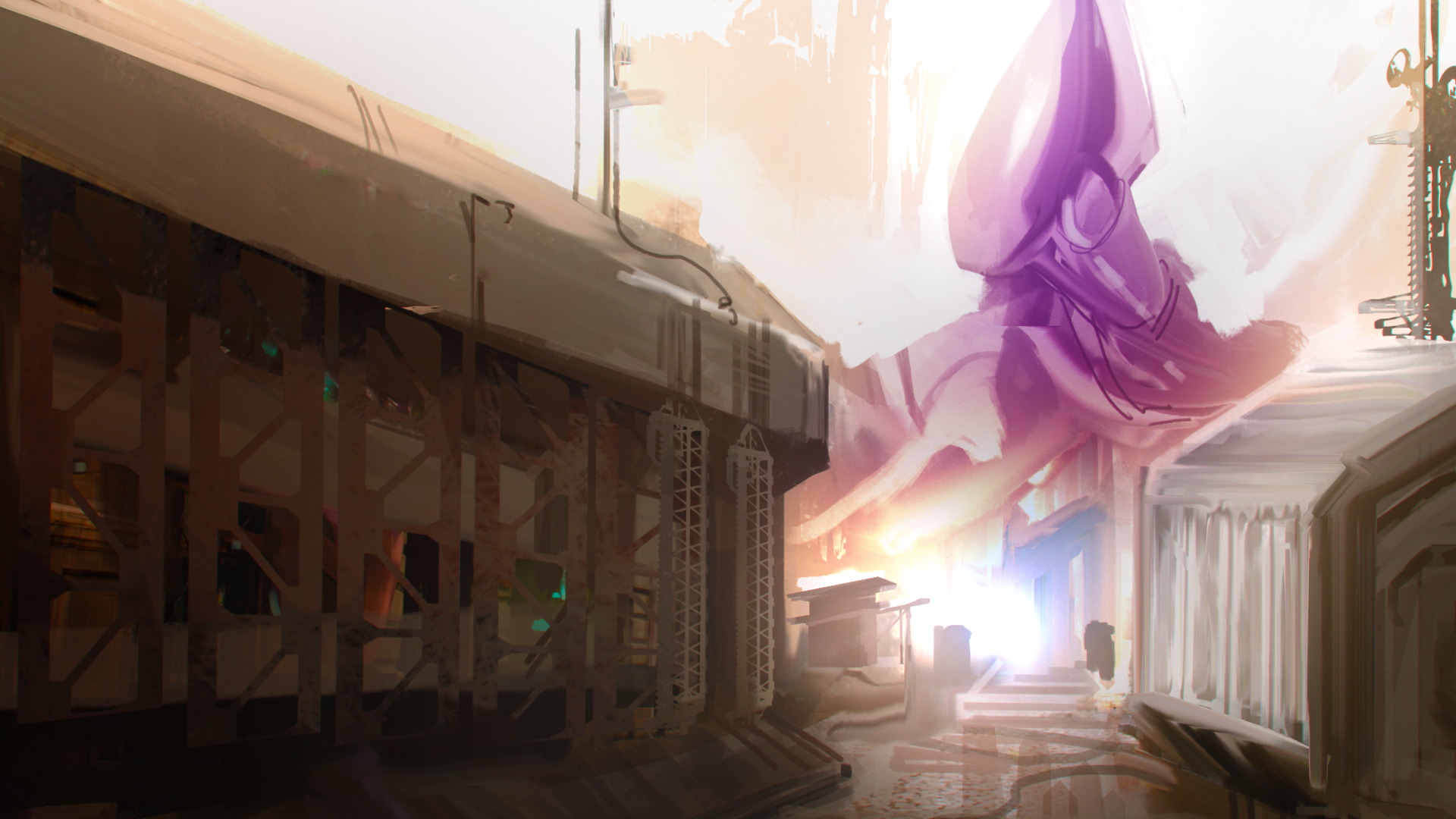 When beginning work on a level, one of the first things I usually do is set up a basic plane, then get a skybox and dominant directional light set to immediately fit the mood of whatever level I’m making. In this way, I can get a better sense of things as I’m putting them together.

From there, I began blocking out the largest features in rough chunks, starting with the dam, the highway area, the two large buildings I wanted as the focal point of the human district, and the more drastic change in elevation. I went ahead and threw in the beginning of the irrigation system just for fun.

Next, I carved the vehicle ramps leading from the higher elevation to the farming area, and threw in some rough approximations of the Covenant structures. I didn’t want to get too in-depth, as I knew that the general layout of the human and Covenant districts might be changed as gameplay was factored in later on. However, I was already attached to the idea that some of the earlier structures used to colonize and terraform Venezia would have been given to Kig-Yar living on the planet, due to their scavenger-like nature and the modular design of these units. Once more details start to get filled in, I imagine we’ll see more of how the Covenant have adapted these structures for their own use.

I built the first of New Tyne’s skyscrapers, framing the entire area, and threw in smaller buildings butting up against the highway for the rooftop battles. I liked the clustered feeling, giving the impression that this was a colony that developed very quickly, before its codes and systems could be fully established, or that once they were, many of the criminals living on the planet simply didn’t care. The buildings are also placed to be in reach of a jetpack-assisted jump, providing a stair-like series of platforms to engage enemies on. The Unreal Tournament vehicle there is my stand-in for the Warthog, which helps give a sense of scale when I’m building and allows me to roughly test out driving around (although there’s not enough geometry to make it fun just yet). To give a natural boundary to the players without requiring too many kill zones, I decided to make one giant building that eclipsed everything. This would help to contrast the smaller structures with the larger ones that comprise the nearby city of New Tyne, and to stand as a navigation point to players regardless of where they’re located on the map. I can almost imagine some defiant organization painting a large Insurrectionist logo across its side as a message to anyone entering the city.

After that, I added a couple other features to help frame the map even further. A river flowing along the East side of the map (and functioning as a natural boundary), and a large rock wall framing the farmlands. These will be built out more as the level comes together.

And that is where I stand now.

Next time, I’ll begin focusing more on the specific play spaces, likely working through them one at a time or as my dialogue with TDSpiral continues to push the art forward, influencing how the urban areas will ultimately come together from a visual and gameplay perspective.