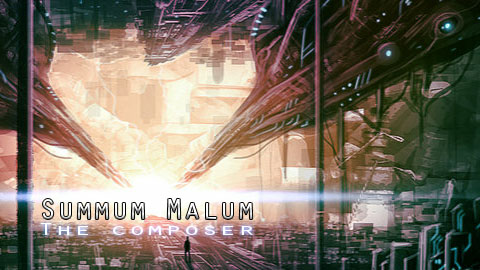 In this series we’ll take a look at a number of possible candidates for the position of “ancient evil” whilst we wait until such times as it is revealed to us.

Who or what is the Composer? The answer to this question isn’t as clear cut as we would like, even after reading Primordium cover to cover.  The Composer is a machine or a tool, but like nothing we have ever before seen in the Halo universe. It has many functions and can perform actions beyond any human sciences. Is it then a mere tool to be wielded? A scalpel for a surgeon perhaps? Or an entity itself?

We need to turn to the fiction.

“It’s only a matter of time before they are harvested. And we might die when that happens. My old spirit speaks sometimes of something he thinks they called the Composer–Forerunner or machine, I don’t know which. But the Composer was once used for such purposes, in the past” [Primordium, C16PXX].

The Composer here is shown to be a tool, a harvester of sorts, designed to extract something from it’s Human subjects for an unknown purpose at the risk of death for the subject. Without further information this seems rather extreme, even barbaric., and seems to go against the gentle nature of the Forerunners as we have come to understand them thus far.

What purpose does the Composer serve by harvesting its subjects and to what end?

“It is beyond my comprehension, and so it is likely beyond yours. Evil so vast … an awful misuse of all that Forerunners know and have created. Misuse of the Composer, designed once to save us all…” [Primordium, C19PXXX]

Here we see that the Composer is considered a tool. Like a knife that slice food on a plate as easily as stab or impale a victim, it seems it is possible that Composer itself is but an instrument and like any instrument can put to any good or evil purpose.

It is also important to note here that we are told that the Composer was “designed to save us all”–with “us” here used in reference to other Humans. So this tool, this harvester was created to save Humanity in some mysterious fashion and for some unknown reason.

How could I be here? How could I live again, through what miracle, or-more likely-what awful Forerunner technology?
The Composer! So many possibilities and capabilities tied up in that strange name… A Composer of minds and souls!
But because of its talents, used by the Librarian, I was here.
–Chakas/343 Guilty Spark [Primordium, C21]

In this scene we see the emergence of a seperate personality called Forthencho, who seems to inhabit the body of Chakas alongside himself. Forthencho was a human Admiral that fought and lost to the Didact at the end of the Human-Forerunner War and it appears as if the re-emergence of his seemingly complete personality within Chakas is directly related to the actions of the Composer. The Composer may have “harvested” the personality and memories of Forthencho; this personality was then stored and later written into Chakas as a geas–a set of genetic instructions written into his DNA.

The purpose of this chilling sequence is unclear and it is also unclear how such actions could have possibly saved Humanity. To put this into context, we need to acknowledge the history of ancient Humanity and the Forerunners.

Ancient Humanity, hundreds of thousands of years ago, reached a technological peak similar to that of the Forerunners. Humanity spread out along the Orion Arm of the Galaxy and populated many worlds.  The Forerunner civilisation was much more grand and vast in comparison–it covered most of the rest of the entire galaxy. Humanity was resentful of the Forerunners vast territory but uneasy peace existed between the two races.

Humanity was the first witness to the Flood threat. With an alliance formed with the San ‘Shyuum, Humanity went to war against the Flood. Over the course of several thousand years Humanity halted the Flood at a cost of about one third of the total human population diliberately sacrificed to stop the Flood using an as yet elabourated upon biological weapon or agent.

In a desperate attempt to rebuild their civilisation and recover from their war, Humanity invaded and took control of dozens of Forerunner worlds and settlements as war broke out in a second front against the Forerunners.

With Humanity’s military deployed primarily against the Flood, they were pushed back further and further. It seemed that Humanity managed to win against the Flood at the cost of losing to the Forerunners. The Human-San ‘Shyuum alliance’s final stand was on the ancient world of Charum Hakkor, their defenses bolstered by Precursor technology. After fifty years of unending attacks from the Forerunner’s full military strength, led by Didact, Humanity was defeated, stripped of all the worlds they had colonised or occupied and forced to regress into a pre-technological state.

It was Forthencho who led humanity’s final defense against Didact and his Forerunner forces. In the aftermath of this defeat, the conversion between Forthencho and Didact reveals the original purpose of the Composer and explains the mystery of Geas.

That is why you, and many thousands of your people who may contain knowledge of how humans defended themselves against the Flood, will not pass cleanly and forever, as I would wish for a fellow warrior, but will be extracted and steeped down into the genetic code of many new humans.

This is not my wish nor my will. It arises from the skill and the will of my life-mate, my wife, the Librarian, who sees much farther than I do down the twining streams of Living Time.

So this additional indignity will be inflicted upon you. It means, I believe, that humans will not end here, but may rise again—fight again. Humans are always warriors.
–[Primordium, C21]

The Lifeworker machines-through the strange, ever-changing, multiformed presence of the Composer, a machine? a being? I never saw it clearly-sent patterns of blue and red light over our broken bodies, and one by one, we relaxed, breathed no more… Set free our immortal wills.
–[Primordium, C31]

The Composer was a device with the ability to transfer complete personalities and memories of living, organic entities and transfer into Forerunner technology where it could be then manipulated in a number of ways, including a complete transfer to an artificial construct, such as an AI construct housing or printed, sequenced and intertwined within another being DNA – altering that being and it’s offspring. This explains how Chakas was transformed into Guilty Spark and how Forthencho was imprinted into Chakas’s ancestor.

The reason why the Forerunners wanted to preserve the memories and personalities of these Humans was because they believed these ancient Humans held the secret to defeated the flood – the biological weapon or agent, which, of course, Humanity was not willing to share with willingly. Whilst it seems rather excessive or an extreme to take such measures, it goes to show that at least some of the Forerunners, even at this early point in the Forerunners’ battle against the Flood, recognised the extreme danger the Flood represented.

There is more to the Composer than “simply” transferring memories and personalities. We have further learned that the Composer has a more direct role in combating the Flood.

All were partially encased in what seemed at first glance to be Forerunner armor-but this was different. It seemed to flow of its own will around their deformed and rearranged bodies, as if struggling to hold them together-and keep them apart. These malleable cases were studded with little moving machines, rising up snd dropping back from the armour’s surface like fish rising and then sinking in water-all working as hard as can be to constrain, organise, preserve.
Poor bastards. They’ve got it bad – the Shaping Sickness.
“I know that,”I said, under my breath.
But it’s been held back, retarded. Only prolongs their misery-but perhaps they remain useful, maintain their services to the Master Builder.
–[Primordium, C24]

Here we see some kind of assemblage of devices, similar in appearance to Forerunner armour, designed to halted the Flood’s infection of a host. Whilst it doesn’t seem to cure the host of the parasite, it seems to be actively holding its’ progress at bay.

So the Composer has two main functions and we get further clarification.

I think we just witnessed the work of the Composer, the Lord of Admirals said.
“You keep mentioning that,” I murmured. “What is it?”
Something the Forerunners were using long ago to try to preserve those stricken with the Shaping Sickness. We thought they had abandoned it.
“You told me it had something to do with converting Forerunners into machines-monitors.”
That was its other function. A very powerful device-if it was a device. Some thought the Composer was a product of its own services-a Forerunner, possibly a Lifeworker, suspended in the final stages of the Shaping Sickness.
–[Primordium, C25]

The plaque-stricken corpses we have seen on our journey had been in the last stages of the Shaping Sickness, supported and maintained by the strange variety of armour-products or patients, of that mysterious entity the Lord of Admirals had called the Composer-which must have existed even in his day.
-[Primordium, C32]

From Forthencho we learn about the origin of the Composer, or at least the origin from the perspective of Humanity. According to Forthencho the Forerunners had deployed the Composer to preserve active but unfinished Flood infection, possibly to either attempt to save the lives of the victims or, more likely, to attempt to study the parasite.  It is curious to note that, for reasons unknown, the Forerunners abandoned the use the Composer or atleast that is how it appeared to Humanity and Forthencho.

We also get further clarification about the Composer’s ability to transfer personalities and memories into machines. It’s possible that the Composer was used to try to stop victims from becoming fully infected and, failing that, save the victims by transferring them to machines before the Flood could complete the infection. It raises the question that if a personality and memories are transfered, does the original body retain the memories and personality? Is it a true transfer or merely a copy, a back-up? If it’s a true transfer, it makes sense for the Forerunners to deploy the Composer  when sensitive information could be at risk.

Unlike the other rogues in our gallery, we can’t assign a motive to the Composer or even conclude whether the Composer is itself a living entity. We don’t know if the Composer can even act independently of direct instruction.  Nor do we know the ultimate fate of the Composer – is it still around after the firing of the Halo array?