Summum Malum – The Timeless One 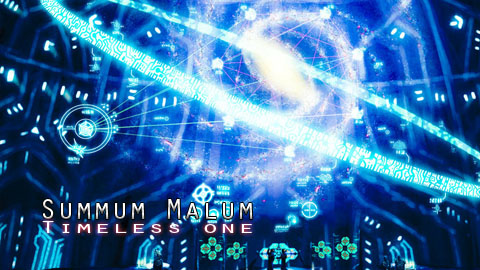 With little information to go on, we must scour what we currently know and draw our early conclusions. Thankfully the fictional universe of Halo has presented us with a number of likely, and unlikely, possibilities.

…I suddently recovered a fragment of memory, the memory I had been suppressing for so long: inward-curving, jewel-glinting eyes mounted far apart on a broad, flat head…. Intricate mouth-parts shaping strange sounds. A massive body with drawn-up, withered arms and legs, like a squatting fat man or a dead spider.

And last but not least, a great, segmented tail writing around to shove a bred sting into my spine–

As far as we know, the Timeless One–the last of the Precursors–is killed by a wrathful Didact after the events of Primordium. Before the Primordial was destroyed, it gave troubling testimony as to the nature of the Flood–did the Precursors create the Flood to “test” races, and thus found the Forerunners wanting? Was, as the Didact assumes, the Timeless One merely a different abstraction of the Gravemind than what players have seen in the games? Before its physical form crumbled, the Timeless One said that it was the last “of this kind” [Primordium, C29P365] and that the Flood would continue its legacy–one which might be physically represented in the Flood’s form.

Perhaps the better question to ask is, what’s in a name? Did the Timeless One garner its title from its ageless stasis on Charum Hakkor? Or perhaps it’s a quite literal explanation for its existence.

Since Halo 3‘s revelations as to the nature of the Flood and the Gravemind, fans have wondered if the Flood threat was truly stopped. The Graveminds of the Forerunner war acted much as the Gravemind of the 26th century, and its own language suggested that they were in fact one and the same, never having been “killed”…

“Resignation is my virtue. Like water I ebb and flow. Defeat is simply the addition of time to a sentence I never deserved… but you imposed.”
–Gravemind, [Halo 3, Level “Halo”]

If the Timeless One is Halo 4‘s villain, its means would appear to be obvious–the Flood, or other constructed organisms, as the Precursors were masters at life manipulation. While Frank O’Connor confirmed players would not be “fighting” the Flood in Halo 4, that does not mean they may not make an appearance or play a significant role in this game or the rest of the trilogy.

The motives of the Timeless One are still shrouded in doubt, but it seems to seek an eventual subsuming of all races into a form of united peace–or to cull all the races that do not meet its tests. Any similar agenda would put the Master Chief in direct opposition to it.

The possible answer to the Graveminds’ survival, and how the Timeless One could rise up to menace the Chief (again)–the Timeless One’s opportunity to do so–may actually be found tucked away in an unlikely place: the notes of Doctor Halsey.

Experimenting with next-generation artificial intelligence technology in the 2530’s, Halsey was frustrated by the inherently limited lifespan of smart AIs–they would eventually enter rampancy or self-terminate after a relatively short lifespan. Searching for solutions, Halsey devised a theoretical location with infinite possibilities for storage–slipspace itself.

Creation of cross-linkages isn’t the problem; increased density of those links is what causes wavfunction collapse. Things get too tight.

What if space weren’t a limitation? Undoubtedly the number of available connections would increase at a geometric rate.

[…] Though we are liited to three dimensions, in our 4-dimensional spacetime there remains another space to exploit–slipstream space.

Current experimentation of any exotic matter in this higher-dimensional space remains theoretical until technology is invented that enables survival in the raw slippstream.

The Forerunners knew how to manipulate slipspace into a form quite unlike the raw form humanity was used to (as seen in First Strike). Perhaps the Precursors went further, and were in fact able to store a consciousness there–a consciousness that existed outside of the Halo effect, but could assume control of resonant matter, such as the Flood’s collective consciousness. In this way, destroying a Gravemind or the Timeless One would only disrupt the Flood’s organized capacity temporarily, until another vessel that could interface with this slipspace-confined consciousness could be built.

We know from Gravemind’s interrogation of Cortana that the Gravemind essentially holds the combined knowledge of all who were ever infected [Halo Evolutions, “Human Weakness”]. Where better to store that vast wealth of information?

“AIs in the slipstream… would there be near limitless cross-connections? FTL processing speeds? Would couldn’t they do?

Are we ready for that?”
–Halsey

As the staff and forumgoers here on FUD have noted, Requiem is not a shield installation like any we have seen–rather than serving as a Dyson sphere, it is a shell around a world–perhaps a form of containment? This shell may be designed as a more rigorous form of protection than the fortresses and bunkers of the Halos. A Primordial, or something that could resume control of the Flood or set off on its own, could be something dangerous worth keeping sealed up.

The Forerunners understood the gravity of the Flood, but they were also inquisitive and had a deep desire for understanding. They kept the Flood stored so that future generations might devise a cure. Perhaps they also kept another form of the Timeless One trapped to learn its secrets.

Perhaps this is another decision the universe may come to regret.