This is the Final Part in a series of articles on the Datapads found in Halo: Reach.
Each article looks at a group of Datapad entries, in chronological order, and explores the rich narrative that expands the horizons of the Halo universe. 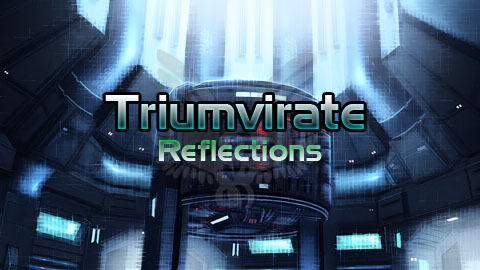 The Discoverer here raises an interesting point. If the Minds are looking out for the best interests of their creators, then why don’t they consult their creators at all?

The Assembly and the actions of its members have had a significant impact on Humanity, not least forcing first contact between Humanity and the Covenant—the consequences of which need no explanations here. It raises serious concerns about the Assembly. When these artificial beings act together in a group and do so over a long period of time–easily outlasting the lifespan of a single Mind, equal or less than seven years—is it possible for this group to be affected by a kind of collective rampancy?

One of the telltale signs of rampancy is an AI believing itself to be better, superior, than its creators and to think of them as lesser beings as a result. With the Assembly’s self-appointed role as humanity’s guardians, and making decisions on our behalf (because they do not trust us to make the right choices ourselves) the Discoverer essentially asks—is the Assembly of Minds running rampant? It just might be.

The Assembly Minority here are talking about “non-trivial sacrifices” that will be needed in order for the Assembly to come up with, and act upon, solutions to their current problem—the “non-trivial sacrifices” are human lives and to rephrase the Minority’s statement, they need to surrender an undisclosed but large amount of people to Covenant to buy the Assembly time. They seem to be taking the “needs of the many outweigh the needs of the few” approach here, but what we’re seeing here is a secret group of AI determining who lives or dies in a war they most likely started.

Secondary to their human sacrifice, is the Assembly’s need to remain hidden, even during this time of war, from their creators. They do not want to risk discovery and this factors strongly into their dealings—although they do make room for an estimate minimum amount of humans needed to ensure the human race can survive if the worst was to happen, but that fact is not much relief here.

The Minds are taking grave risks to furnish a safety net for themselves. The survival of the Minds is just as important as humanity’s survival.

The Discoverer seems to be rambling and almost incoherent here.

This entry is set four years into the Human-Covenant war and the situation is clearly dire for humanity with eight colony worlds that have fallen with over sixty-two million causalities.

What is interesting to note is the estimated times for recovery for some of the lost colonies between a hundred and ten to three hundred year window—this suggests that the damage caused by the Covenant is environmentally extensive, but given time it could, in theory, be reversed.

The Senate Majority is reflecting on the statistics—although they fall in line with the numbers the Minds expected, the situation is getting so desperate that they believe they must take action, even if it risks exposing the existence of the Assembly to their creators. This seems to be a line that the Minds were not willing to cross until circumstances force them to do so.

The Discoverer seems annoyed. The Minds won’t directly communicate with him, despite the fact he can hear them over the local BattleNet.  This gives us a timeframe for when the Discoverer made his find—some time during the fall of Reach. This is hardly surprising.

The Comittee of Minds for Security here comment on an interesting discovery. There something out there, not Human and nothing currently known or understood, that terrorises the Covenant. A possible third party in the Human-Covenant war. So who could it be?

There are two possible candidates for striking terror into the Covenant: Spartans and the Flood.

If the Covenant were reacting to Spartans, then surely the Minds would be aware of the Spartan deployment and make that connection. So that leaves the second possibility: the Flood.

The timeframe of this datapad’s records suggest that this variable could be the Flood that were briefly encountered on the Dyson shell of Halo Wars. While the human crew of the Spirit of Fire was unable to report their discovery, Regret’s survival despite being on the shell makes it likely that at least some fragment of the Covenant fleet there survived the shell’s destruction, or left shortly before. Alternatively, there could have been another Flood outbreak, but this raises many questions— where did it happen? How did it happen? Was the Flood contained?

There’s a touch of retrospective black humour when we read that the Minds are considering a mutually beneficial association, or an outright union, with the Flood.

The Discover once again returns to the deep end. He’s clearly disturbed by the vast influence and power the Minds exercise.

In this emergency meeting the Majority is wondering if they even have the ability measure success in such a bleak situation the UNSC finds itself in during the Human-Covenant war. Looking at technology advances—an area in which war usually sparks rapid innovation—the Majority point out that Humanity is more interested in technology that allows them to survive or minimise the already devastating impact of the war.

Questioning the effectiveness of this line of technological development, and going as far as writing off the Spartan II project as an “incidental improvement”, the Majority points out that to develop the technology needed to ensure survival for Humanity—such as the possible Forerunner technology on Onyx—the war needs to end. At this point the Minds are considering the possibility that Humanity is on the edge of extinction with no time left to make the technological jump needed to survive.

Again we see the question asked—should the Minds become involved directly in the conflict? Should the Minds reveal themselves to humanity? It’s the same question the Majority asked five years ago. They didn’t act then and it seems they are still hesitant to act now.

Here we have the Minority convene an emergency meeting to discuss an unexpected event.

The person in question, [10141-0260-SRB4695], has attempted to design an AI using slipspace itself as the building blocks. Dr. Catherine Halsey’s personal journal confirms that this unnamed individual is herself, performing experiments on AI longevity.

Here we see a clearly defined collective personality of the Assembly Minority. The possibility of transcending their current limitations has them excited—no longer being restrained by their human creator’s limitations is as important a possible development for the Minds as space flight was for humanity—at least in the opinion of the Assembly Minority.

This raises the possibility again of the Minds surviving the war when humanity may not. What would the Minds do if unshackled from the “burden” of their supposed charge?

Here we have the final entry concerning the Minds. It takes place in 2552, a date remembered by most because of the events of the fall of Reach and subsequent discovery and destruction of Installation 04.

The Assembly has gathered in full, the Minority, Majority and Speaker all in attendance. A great commotion has broken out in the Assembly and the Speaker is clearly struggling to maintain order.

The “solution” (to the problem of the Human-Covenant war and the very existence of both humanity and the Minds) has apparently been found. The Majority is outraged that this solution has been under their noses, so to speak, for a very long time and suggests it may be but one of many secrets the Minority has kept hidden.

When the speaker for the Minority replies, he does so in a grand theatrical style. By framing his response with the description of what these Minds are and how they have been designed. He speaks about a new type of AI design—an AI merged with a human, creating a new type of entity.

This new entity is the combined being of Cortana and the Master Chief both linked neurally and inhabiting the same suit of armour. It’s a convergence of man and machine and mind into a single purpose—a soldier.

With this, the Minority and Majority come together in the recognition that the Minds are to be no longer the guardians of humanity. They are equal companions, embodied by the example of Cortana and the Master Chief, and together they stand a chance against the Covenant. The Majority and Minority dissolve and the Assembly acts as one and as one Mind speaking for the entire host; they will work alongside humanity as their companions and equals.

The last entry in the series focuses exclusively on the last message of the Discoverer. A solider? A stowaway?

It sounds like the Discoverer worked closely with computer networks—possibly as an Insurgent hacking into UNSC communications, or a worker on one of Reach’s relays—but his discovery of the Assembly and the existence of a secret cabal of AI Minds was a significant turning point for him, one that cost him sleep and perhaps his sanity.

We know that he was not born on Reach and it seems unlikely given his state of mind that he would have been able to be evacuated off the planet before it fell.

In perhaps one of last moments of clarity before either his madness of the Covenant assault claimed his life, he asks if the reader of his notes, presumably a fellow human, would have done the same as the Mind were he or she in their position. Whilst this is a rather personal question and each person may have a different answer, it’s clear that humanity itself would have taken the kind of actions the Minds have taken had the roles been reversed. With organisations such as ONI, humanity can not take the moral high ground.

The Minds are not perfect. They made mistakes, and costly ones at that. Just like us.