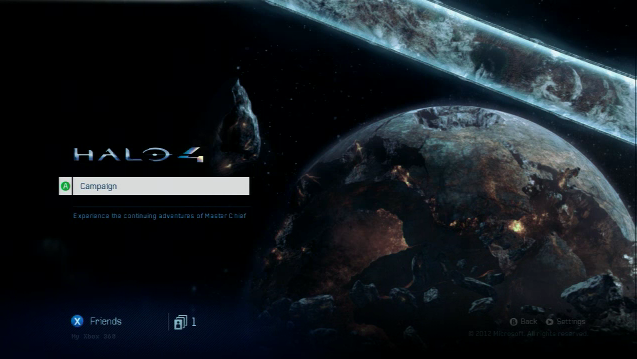 This Hub will be constantly updated during E3, around the clock. So sit back, relax and enjoy the show.

We have our own E3 mole on the show floor! Click here to read his impressions peppered with lovely pictures and a video!

Spartan Ops has been planned out for “years” but initial release plans (distribution over Xbox Live) only extend to the first year. Fiction wise, the story of Majestic Team takes place 6 months after the conclusion of events in Halo 4’s campaign.

The hands on impressions are starting to come as people start reporting back about their time with the Infinity multiplayer – both War Games and Spartan Ops. We have an exclusive write up in our Hands On page include some fantastic pictures from the Halo 4 party and even a sneaky video.

Kotaku gives our first, proper hands on impressions of Halo with a look at Spartan Ops played at the Halo 4 experience booth.

Microsoft has released three new videos showcasing Halo 4’s War Game and Spartan Ops multiplayer modes. To compliment the videos a new batch of screenshots have been released – everything can be found on the press site.

MLG has announced it will be broading a series of Halo 4 multiplayer games featuring top level professional Halo players in a special event that will be broadcast on their website this Friday, after E3 concludes.

Last night’s Spartan Ops “reveal” was a letdown. We did get some new footage (see below) but very little new information about the new game mode. Today the E3 show floor opens and there’s going to be a whole lot more to see including our first extensive look at Halo 4’s multiplayer. Stay tuned!

According to the official Halo 4 Pre-Order page, Halo 4 will be shipping with a total of 10 multiplayer maps. Update: Frank O’Connor has clarified that these 10 maps refer to “non-Forge maps/environments”. So the end count may in fact be higher thanks to Halo 4’s Forge.

The official Halo 4 website and Halo Waypoint has been updated with a ton of content include the Campaign walkthrough trailer, new renders, artwork and story information.

The Conference has begun and Halo 4 has officially been shown (video links below!).

On the eve of Microsoft’s E3 Conference, Frankie has been interviewing up a storm giving away hints about Master Chief’s return and our first official look at Master Chief set within numerous campaign settings. Beautiful. Tomorrow cannot come soon enough!

On the GGTV E3 Pre-Show preview it was revealed that Halo 4’s campaign will be kicking off the Microsoft conference when it starts on Monday. Ten whole minutes of Master Chief action is a pretty sweet way to start any conference. The Official Xbox.com E3 Conference live stream web page has gone up with a countdown timer that will end with a live video stream of the event. Stay tuned!

A few details have begun to emerge regarding what we can expect to see during E3 and when we can expect it. The 343 folks have been busy teasing us about the Campaign footage heading up the main Microsoft Conference event. Over on G4TV, after the Microsoft conference, we’ll get our first chance to look at Spartan Ops with a hands on walkthrough of the mode. Word has also come in of MLG players making their way to the E3 show floor so chances are we’ll see some direct Halo4  multiplayer (War Games) footage with both casual and professional players. Excited yet?

The ship has leaks! Just before the E3 Conference, as is inevitable, a bunch of folks have gone ahead and leaked some terrible quality screenshots and a video of an internal Halo 4 multiplayer builds. You’ll not find any of that crap here and we’ll leave talking about any new details until the folks at 343 are ready in just a few days time. We’re happy to wait for glorious HD footage instead of barn-quality VHS. 😀